Due to the lack of snow, the competition has been moved to Planica! 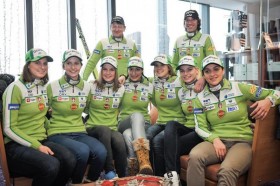 In February of this year, we were again witness to a historic event at Ljubno ob Savinji, as the extraordinary organisers ensured that after the excellently executed races in 2012, the little town on Savinja River shone even more brightly in 2013. Women’s ski jumping competitions at Ljubno are reputed to be among the best, from the organisational standpoint as well as in terms of the number of visitors.

In 2013, the great atmosphere was created by the organisers, hospitable Ljubno residents and the approximately 9,000 spectators. This was the season record in terms of ski jumping competitions for women. The Ljubno competition also gave rise to a number of events which took place in BTC over the whole of December; the Crystal Palace was decorated with a simulation of the Ljubno ski jump and the events that took place at the “foot” of the ski jump increased recognition of women’s ski jumping in Slovenia and abroad, which is also proven by a number of awards: a silver award at the Slovenian Advertising Festival and the European Union award for the best socially responsible project. The 2014 competition at Ljubno ob Savinji will be even more important, as it will be one of the last competitions before the Olympic Games in Sochi. 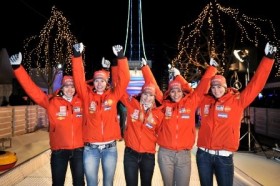