Not as Strong, But More Explosive 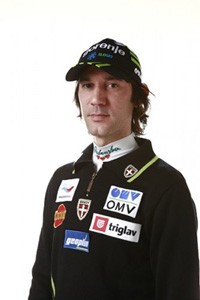 To a sports layman, women’s ski jumping is a relatively unfamiliar subject. What is the biggest difference compared to men’s ski jumping?
Firstly, I would say tradition, even though women’s ski jumping is not really a new sport. Currently, the sport is developing at the speed of light. All the countries have been doing serious work and their progress is clear so their results are not trailing the men’s as much.

What about the women’s ski jumping technique? Is it different than that of the men?
It is very similar, but it should be said that the female constitution is very different from the male. Women cannot yet jump in the same way as men do. They do not have the same physical and explosive strength, but are more aggressive, however.

After packing up your skis, you decided to become a coach.
When I was younger, I claimed I will never do this, but after the season was over, it seemed like the logical choice. So when the opportunity came up, I welcomed it with open arms.

How do you like your new role?
It is easier now than it was in the beginning, because I started to look at ski jumping from an entirely different perspective. I will never stop learning.

In your career, you were used to male company, more or less. How do you find yourself among girls?
When we are travelling, it’s very similar. Just like I was, the girls are very tired when they sit in the van, so it gets quiet fast. During training, only a serious approach counts, and the girls are well aware that this is the only way. Only pure professionalism will get you results. (rk)